Home page About us
Intermeko

Intermeko Europe, acting in accordance with technical requirements developed in Poland and the European Union, performs detailed tests on spare parts for motor vehicles. Samples of tested goods are verified for compliance with norms and standards and all other inspection procedures. 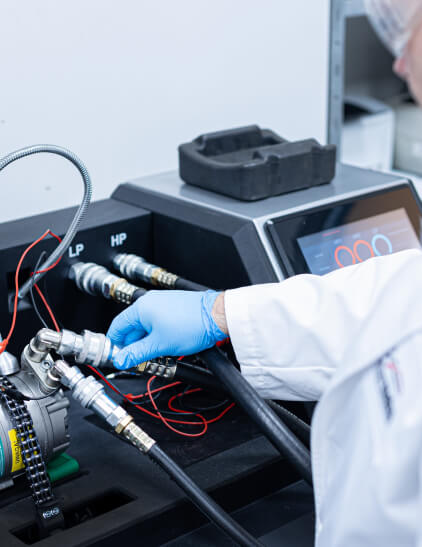 Research capacity
on the highest level

All measurements carried out in the laboratory are performed on equipment calibrated in accredited bodies. This guarantees the confidence and accuracy of the results.

Intermeko Europe is a professional research equipment. Metrological properties of measuring tools are confirmed by calibration laboratories accredited by the Polish Center for Accreditation based on the law on measurements, PN-EN ISO 17025 standard and the law on the conformity assessment system.

The ordered tests are in accordance with the system of procedures, standards and technical requirements. We meet the criteria of the ISO 9001:2015 quality system confirmed by the independent certification body DEKRA.

We have obtained ISO9001 certification 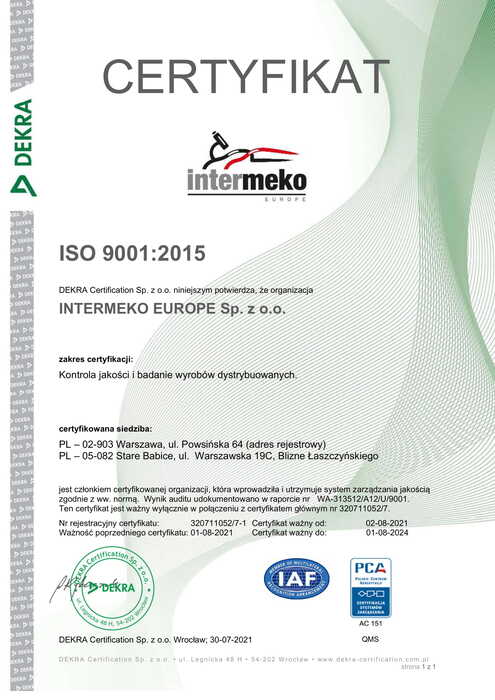 The Intermeko Europe Laboratory functions in conformity with the ISO 9001 quality management system.

Mekonomen is the biggest automotive spare parts and accessories distributor operating on the Scandinavian market.  Inter Cars SA is a leader in the sale of spare parts for passenger cars, vans and trucks in Central and Eastern Europe.

The continued expansion of Intermeko Europe’s operations enables the development of testing and inspection capabilities that ensure that our customers are provided with detailed information on the quality of the product being tested.

Contact
Do you want to commission an independent test or expert opinion in a professional laboratory?
Call
+48 22 469 89 70
... or arrange a visit by contacting us by e-mail
Write to us